A weekend off by any chance?  So we thought so.  Mid Saturday afternoon last weekend we received a call from artist Diana May Clark seeing our availability to film her latest album launch.  When asked when is it she said “tomorrow night”.  Diana was refered to us by a friend so we didn’t want to let her down.  With a 2nd camera operator needed at short notice Katie was forced from retirement by the promise of a show and a meal (maccers on the way home).   With the kids sent of to their relo’s for the evening it was off to the gig.

Now back in the studio we are currently in play back editing the final minutes of the album launch from the Ding Dong Lounge last Sunday night in Melbourne www.dingdonglounge.com.au  Diana’s new Album The other side of the girl features a very catchy tune called In love with love.  You can see the official video clip here Diana May Clark – In Love with Love (official)

Diana is a very well grounded and genuine artist who has a sweet voice to match.  The band plays tight and their professionalism to the cause was noted.  You can read more about Diana and her music here www.dianaclark.com.au or find her albums on iTunes.  Sending good vibes to Diana and the band launching the album in Adelaide tonight. 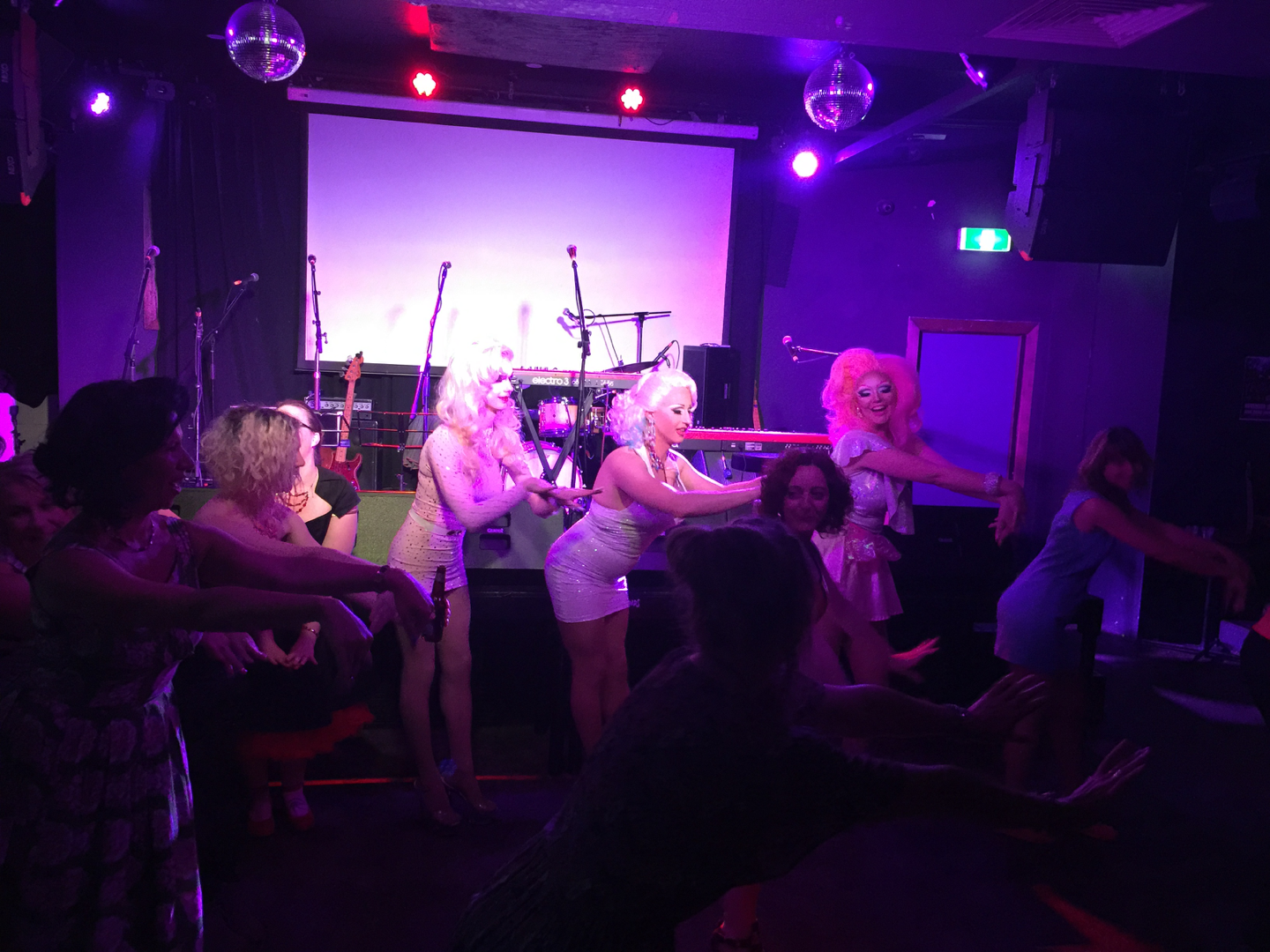 PS: A few of Diana’s fans and the Sasha Starr dancers learning the moves to In love with love.