Were on a four day drive covering four thousand kilometers for four days of shooting. One model, one desert and one chance not to have forgotten any equipment. I had been commissioned to shoot a series in the desert with a model. We’ll be shooting stills, video and hopefully aerial video as well. Our journey will take us close to eight hundred kilometres from Melbourne to Adelaide were we’ll stay over night and then day two (today) the eight hundred and fifty kilometres to Coober Pedy. 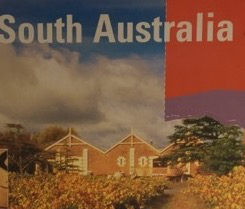 I have arrived as they say. A fairly uneventful day one of travels with the unfortunate stop in a little town called Beaufort. The bakery’s till had jammed and I was unable to get a coffee. Having a good food supply from my local bakery early that morning all I needed was a coffee which was forgone. Coming back in thirty minutes was not an option. A old but clean motel close to heading out of Adelaide to Cober Pedy had been booked and I was lucky to get a room being a long weekend in Adelaide and the Australian Masters games were in town.

Getting away nice and early after loosing an hour for daylight saving time but picking up thirty minutes with a chance time to South Australian time I was underway. The Stuart Highway is essentially 8 hours of straight driving. Nothing to see and nothing to do. Time to crank up all those good Aussie bands (live recordings) and try and pass the time. I did see the following which kept me on my guard but fortunately no stray over grown rabbits (Kangaroo’s). Mind you mist of the drive up from Pt Augusta was thirty seven degrees celcius.

So not so boring day two. Now time to get some sleep and chat with our model about tomorrow’s schedule. Ohh and staying in a dug out, one of those underground houses is pretty cool too.